Internet, Computer, and Some Random Stuffs

Good news for Android users who loved to watch movies on their gadgets, because the XDA Developers has released the Unofficial VLC Media Player Beta for Android platform. VLC Media Player is one of the most popular media player that can play variety of video and audio formats without having to install third party codecs. 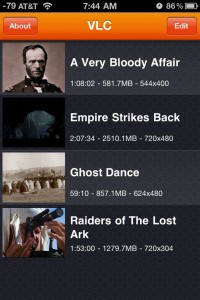 These applications is not available on the Android Market, and to get it you can directly download Unofficial VLC Media Player Beta for Android from the XDA Developers forum. You can get latest updates about official release from this link.